Uganda—widely known as "the pearl of Africa" for its exquisite natural beauty, diverse flora and fauna, and rich mosaic of cultures— is attracting attention today as a potential rice basket for eastern Africa.

Over the last few years, Uganda has been experiencing a remarkable rice boom supported by good farming practices, premium market prices, and favorable policies that have stimulated large private investment in the rice sector.

The growth of Uganda's rice production has contributed to greater food security and a reduction in rice imports. For instance, according to the Ugandan government, rice imports dropped between 2005 and 2008, which helped save the country about US$30 million in foreign exchange earnings.

"The rice industry in the country has rapidly moved from improved seed to production to processing and to the markets over the last few years," said Robert Anyang, program officer of Public-Private Partnership and Market Access at Sasakawa Global 2000 (SG2000).

This is a feat that several riceproducing countries in sub-Saharan Africa would like to achieve. Yet, 10 years ago, Uganda was barely known as a rice-producing country in the region.

To find out what triggered the rice transformation, watch this video. 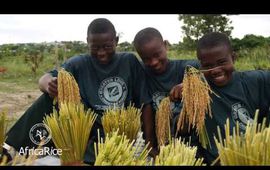 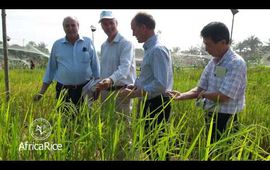