[EN] Of rice and rats: An introduction to ecologically based rodent management

Rodents have played a central role in human life for thousands of years, and comprise perhaps the most important family of mammals.

This video, produced by the Irrigated Rice Research Consortium (IRRC; http://irri.org/index.php?option=com_... ) features the impacts of rodents on people and rice crops, particularly in Southeast Asia. The concept of ecologically based rodent management (EBRM) is explained, and effective community actions to control rice field rats are suggested.

Partial script:
Rodents are a nuisance to most people, annoying pests that eat and spoil our clothes and food and destroy our homes and highly valued personal belongings. They intrude on our personal space.

Unfortunately, rodents are everywhere, except for the snow-covered regions of the world. A select subset of species has become the ultimate mammalian weed, living in almost every habitat on Earth. They adapt well to environments
significantly altered by humans.

Majority play an important role in the food chain. In some cases, they become important engineers of the ecosystem. Their burrows and trails influence the flow of water and nutrients at a local scale. Their collection and hoarding of seeds in a forest can lead to new trees sprouting away from the competition of other trees.

They play an important role in regulating the population growth of some weeds and insects because they are an important part of their diet. Therefore, many species of rats need to be protected for us to have a healthy functioning ecosystem.

The challenge is to develop ways to control the pests without greatly affecting those that are beneficial in our environment.

They cause significant damage at any stage of a growing crop. They cause losses after harvest to stored grain and vegetables. Farmers are devastated because they have already invested their money and time in growing and harvesting the crop, and preparing it for sale. And, the last but often overlooked impact is that they affect the health of smallholder farmers.

Rodents are carriers of at least 65 human diseases. Some 20 of these are severely unbearable and may lead to death. What is troubling is that most of these diseases can be readily treated by antibiotics if detected early. Too often though, the symptoms are confused with malaria, dengue, or seasonal flu. They are often left untreated or treated too late to prevent serious illness or death.

According to rodent expert Dr. Grant Singleton, across Asia, rodents cause rice crop damage ranging from 5% in Malaysia to 17% in Java, Indonesia.

A loss of 6% in Asia is enough rice to feed 230 million people—roughly the population of Indonesia—for 12 months.

Rat damage is often patchy, and as family rice plots are small, it is not unusual for farmers or villagers to lose half of their entire rice crop to rats. For subsistence farmers, this can be devastating.

In Southeast Asia, the ricefield rat, Rattus argentiventer, is the number-one preharvest pest in Indonesia and is one of the top three pests in Vietnam and parts of the Philippines.

In Lao PDR, a member of the Rattus rattus complex of species sporadically causes tremendous problems over a large geographic scale, and Lao upland farmers consider rats as the problem they have least control over.

In the uplands of Laos, Bangladesh, Myanmar, and parts of India, rat populations occasionally erupt and cause massive problems. From 2007 to 2010, each of these countries has reported massive impacts of rodents on the livelihoods of smallholder farmers in the uplands.

By understanding how populations of specific rodent species interact, simple and environment- friendly methods can be developed to control rats in lowland irrigated rice crops.

Some species breed regularly, some breed throughout the year, and others breed at very specific times.

The ricefield rat, for example, breeds only when the rice is in the reproductive phase. 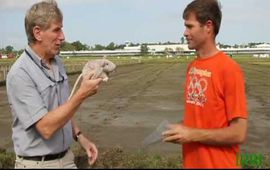 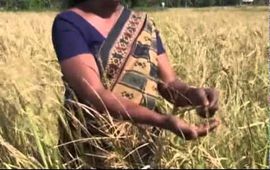 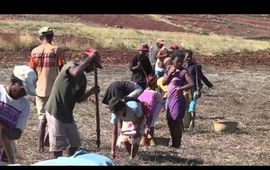 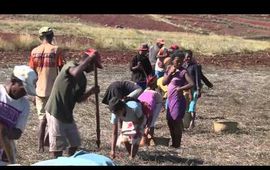 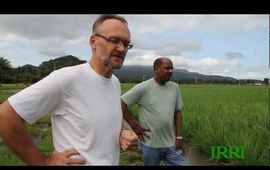